Briar Green Park-Leslie Park-Pinecrest Cemetery is a neighbourhood rich in history with a colourful past. It was built in 1960 as a suburban development with a lovely community centre, an indoor swimming pool, tennis court, and a basketball court. In the 1990's a rental company from Toronto turned the single family townhouses into rentals. Quickly the neighbourhood became a place of gang violence that was constantly in the news. Eventually the townhouses were in such bad shape that mail and garbage were no longer delivered to the neighbourhood. In the late 1990's an incentive to leave was given to all the renters and the townhouses were renovated and sold. The sale of these homes stopped the gang violence and had a positive impact on the neighbourhood and it is now one of the most affordable neighbourhoods in Ottawa.

Briar Green Park-Leslie Park-Pinecrest Cemetery is bounded by Greenbank Road, Baseline Road, the Queensway, and Highway 416. The neighbourhood is ninety percent English speaking with only a small percentage of the population speaking French or another language. It boasts above average safety from traffic and pedestrian infrastructure. There are three schools and three churches located in the neighbourhood and it is very close to the Queensway Carleton Hospital.

The neighbourhood's recreational facilities include baseball diamonds, basketball courts, outdoor rinks, sports fields, sledding hills, a splash pad, and several play structures. Each year there are three events held in Leslie Park which attract about 200 people of all ages. They include Winter Fun Day, Picnic in the Park, which happens on the last day of school each year, and Fall Fun Day. There is one restaurant but no bars or nightclubs in the neighbourhood.

In the past five years grants from the city and other organizations have allowed for a lot of improvements to be made in the neighbourhood. Two new play structures, a splash pad, and a community garden were added and the walking path along Graham Creek was rehabilitated. In the spring of 2014 a mural is being painted under the bridge that crosses over Graham Creek to discourage graffiti and add interest to the walking path. The community association has been lobbying the city to resurface two of its major roads, Harrison and Abingdon, and it is expected to be completed by 2016.

When writing this article we asked the community association what they would say to someone moving into the neighbourhood. They responded by saying the following:

Briar Green- Leslie Park is an ideal location because it is a mature, well established neighbourhood with mature trees and large green spaces. Along with its established nature it is close to major highways, public transportation, the Queensway Carleton Hospital, Algonquin College, and public schools. Many of the original owners are starting to move out of the neighbourhood and young families are moving in giving the neighbourhood new life.

The community association is very active in Briar Green-Leslie Park. They plan events to keep the residents engaged and work with the city to make sure that the interest of the residents are being well represented as new developments happen in the surrounding areas.

What we love about this neighbourhood: 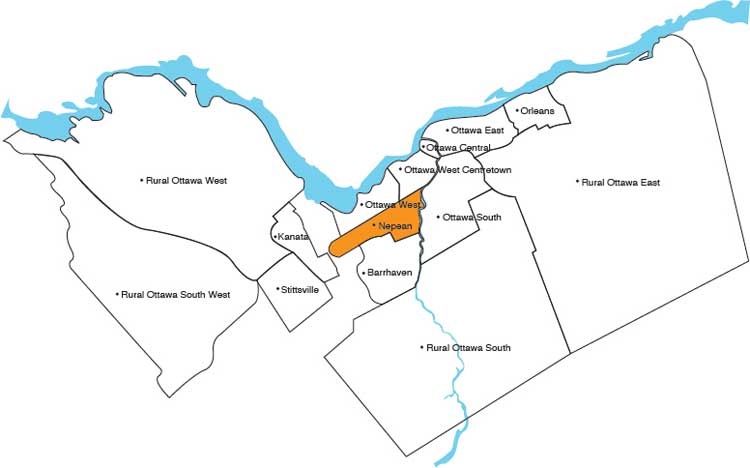