Westboro is one of the trendiest neighbourhoods in Ottawa and is a highly sought after place to live. It is bordered by the Ottawa River to the north, Highway 417 and Carling Avenue to the south, Island Park Drive to the East, and Tillbury Avenue, Churchill Avenue, Melbourne Avenue, Edison Avenue, Richmond Avenue, and Dominion Avenue to the West. Westboro became a police village in 1903 and during the 1940's sewers and streets were installed in the neighbourhood to accommodate Nepean's first modern subdivision. The neighbourhood became part of the City of Ottawa in 1949 and is a mixture of old and new build homes and old and young families. It is close to Westboro beach and beautiful paths along the the Ottawa River. The neighbourhood is home to many trendy shops, restaurants, and coffee bistros.


Have us help you find a home in Westboro.

There are many opportunities for the residents of Westboro to relax and enjoy themselves. Each year the neighbourhood holds two events; the Wild, Wild Westboro Garage Sale and Westfest. The neighbourhood also has baseball diamonds, basketball courts, play structures, a volleyball court, a sports field, an outdoor rink, three outdoor wading pools, and a splash pad. There are many restaurants, bars, and even a community garden for residents to enjoy.

There are several exciting improvements coming to the neighbourhood. Byron Linear Park will soon be getting a public art installation and there are plans to expand the Dovercourt Recreation Centre. There are also plans to develop Winston Square and Churchill Avenue and Scott Street are both being expanded into full streets.

What the Residents of Westboro are Saying

When we asked the Community Association what they would say to someone considering moving into the neighbourhood here is what they said:

The neighbourhood is a great, ever changing and dynamic place to call home with great schools and lots of greenspaces.

What we love about Westboro:

Westboro is in Ottawa West. 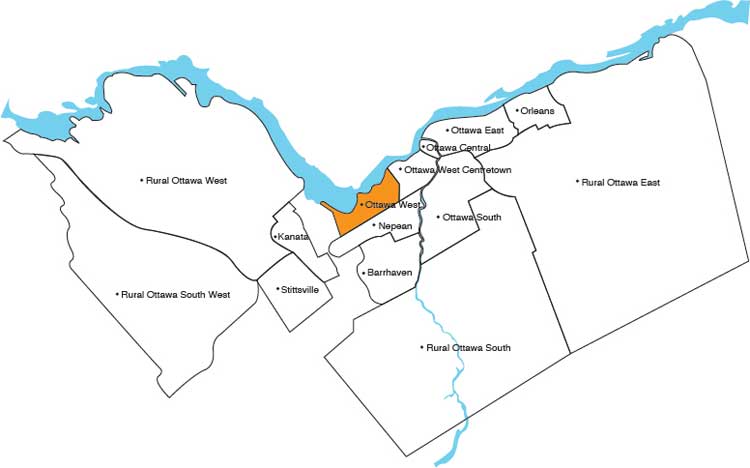