Billings Bridge Plaza-Heron Park is a small community nestled beside the Rideau River and its beautiful parks.The name Billings Bridge came from Bradish Billings, who was one of the first settlers in the area. The actual bridge, which was originally called Farmers Bridge, was built in 1830 and was redone in 1916 and still exists today. The community is home to the Billings Bridge Shopping Centre that has many stores to supply the residents needs. The population is mainly English speaking but there is a little less than a quarter of the population that speak French.

Billings Bridge Plaza-Heron Park has many recreational opportunities available to its residents. There are baseball diamonds, basketball courts, tennis courts, a volleyball court, sports hills, play structures, outdoor wading pools, outdoor rinks, a splash pad, and a sledding hill available for the residents enjoyment. The communities proximity to the Rideau River allows the residents access to the walking and biking paths that run along it and the beautiful park that follows its path. The community is home to the RA Centre which runs many teams and camps for many different sports, including squash, tennis, and baseball.

What we love about this area:

Where is Billings Bridge Plaza-Heron Park? 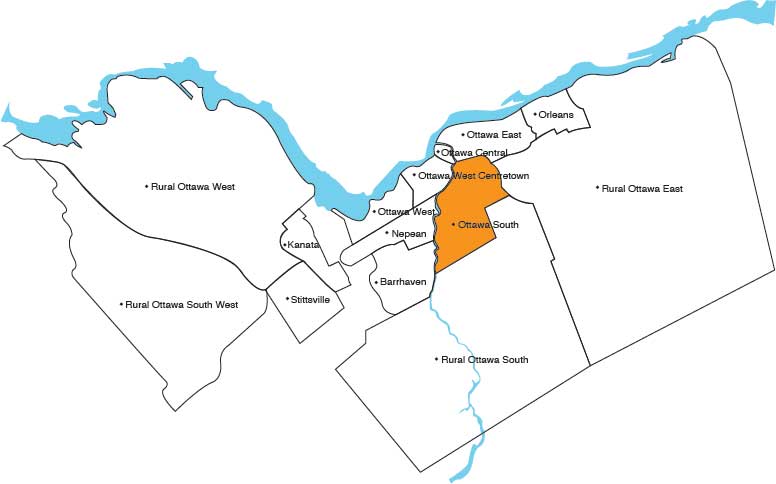