Island Park-Wellington Village-Hintonburg is one of the most popular neighbourhoods in Ottawa West Centretown and stretches from Island Park to the Bayview O-Train line. In 1910 Island Park Drive was constructed by the Ottawa Improvement Commission and connected the Ottawa Shore with a series of islands in the river between Ottawa and Gatineau. The large, beautiful homes along Island Park were built as a series of construction initiatives launched between the 1920's and 1940's. The Hintonburg neighbourhood was named after a local shop keeper and civic official, Joseph Hinton, after the neighbourhood became its own village in 1907. It became part of the city in 1907. The community is centrally located with access to both public transit and the river. The streets in the neighbourhood are narrow, the lots are non-uniform in size, and the residents are from all walks and stages of life. The neighbourhood has gone through a transformation in the last 20 years and has become the place to live in the city. Only a small portion of the population speak French in the neighbourhood with more than three quarters speaking English.

There are many opportunities for the residents of Island Park-Wellington Village-Hintonburg to relax and enjoy recreational activities. There are baseball diamonds, basketball courts, an outdoor wading pool, play structures, a tennis court, sports fields, and outdoor rinks. It has an impressive three community centres and two splash pads in the neighbourhood. The communities' proximity to the Ottawa River gives it access to the biking and walking paths that run alongside the river There are also fifteen restaurants and two bars for the food loving residents to enjoy. There are many festivals and events help in the neighbourhood. They include ArtsPark, Street Hockey Tournament, Craft Fair, Kringle, Movie Nights, Centennial 5k Run and more that are hosted by the community association. Other groups like the Hintonburg Economic Development Committee hold a number of annual events like the Diwali Festival. Finally, in June 2014, the very first Hintonburg Happenings was put on by a group of local artists and business people.

There are a couple of updates coming to the Island Park-Wellington Village-Hintonburg community. The current Royal Thai Embassy is being demolished and a larger, modern building will be built to accommodate both staff and diplomats. There are also a couple of condo and multi-use buildings being constructed in the future. The City of Ottawa is currently working on constructing a new Light Rail Train that is set to be completed in 2018. After the construction is completed the Hintonburg-Mechanicsville Community Association will work with the City to turn Scott Street into a complete street. They are always working to create new events and ways to engage the community.

We asked the community association what they would say to someone who was thinking about moving into the city. They responded by saying the following.

Do it! You'll have the pleasure of living in the best neighbourhood in Ottawa! A truly unique area of the city that mixes history with hipsters and century old homes with modern new builds.

What we love about this neighbourhood 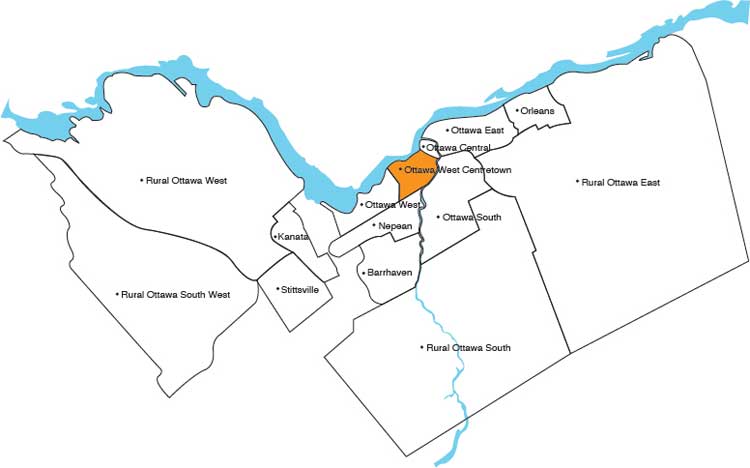