The community of Overbrook is bounded by McArthur Road, Highway 417, St. Laurent Boulevard, and the Rideau River. The community's location makes it unique to other communities in the city. It is within cycling distance to downtown, close to the Rideau River and its parks and bike paths, close access to public transit, including OC Transpo, VIA, and the future LRT, and there are two new pedestrian bridges being built in 2015. The neighbourhood is also incredibly diverse both architecturally and culturally and it has a wonderful community centre in the core of the community that has many programs for all ages.

The community has many recreational opportunities for its residents. Each year there are three large events; Family Day in February, Community Garage Sale in May, and Overbrook Community Association in August. Overbrook is one of the few communities in Ottawa that has a community garden. It also has baseball diamonds, outdoor rinks, outdoor wading pools, sports fields, tennis courts, play structures, a splash pad, and two community centres. The community also has many restaurants and bars for residents to enjoy.

The Overbook-McArthur Community Association monitors the neighbourhood closely and is always looking for ways to improve the community. Currently they are in the final stages of producing a Community Design Plan.

What the Residents of Overbrook are Saying

We asked the Community Association what they would say to someone who was moving into the neighbourhood and they responded by saying the community is Ottawa's best kept secret squeezed between Vanier and the Queensway.

Reasons that Overbrook is Awesome

Overbrook is in Ottawa East. 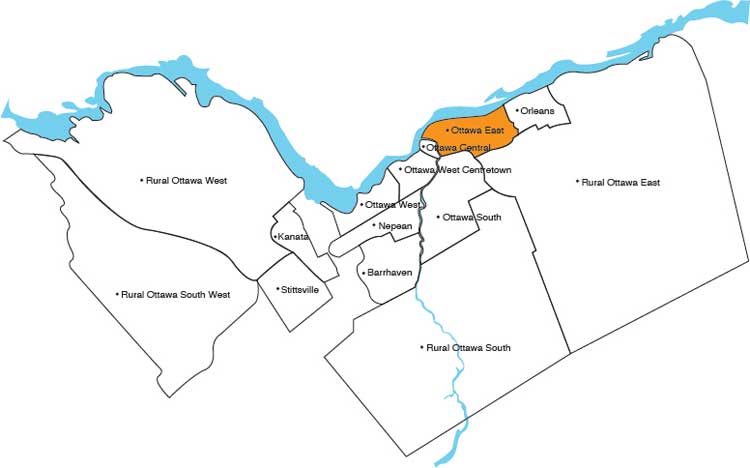